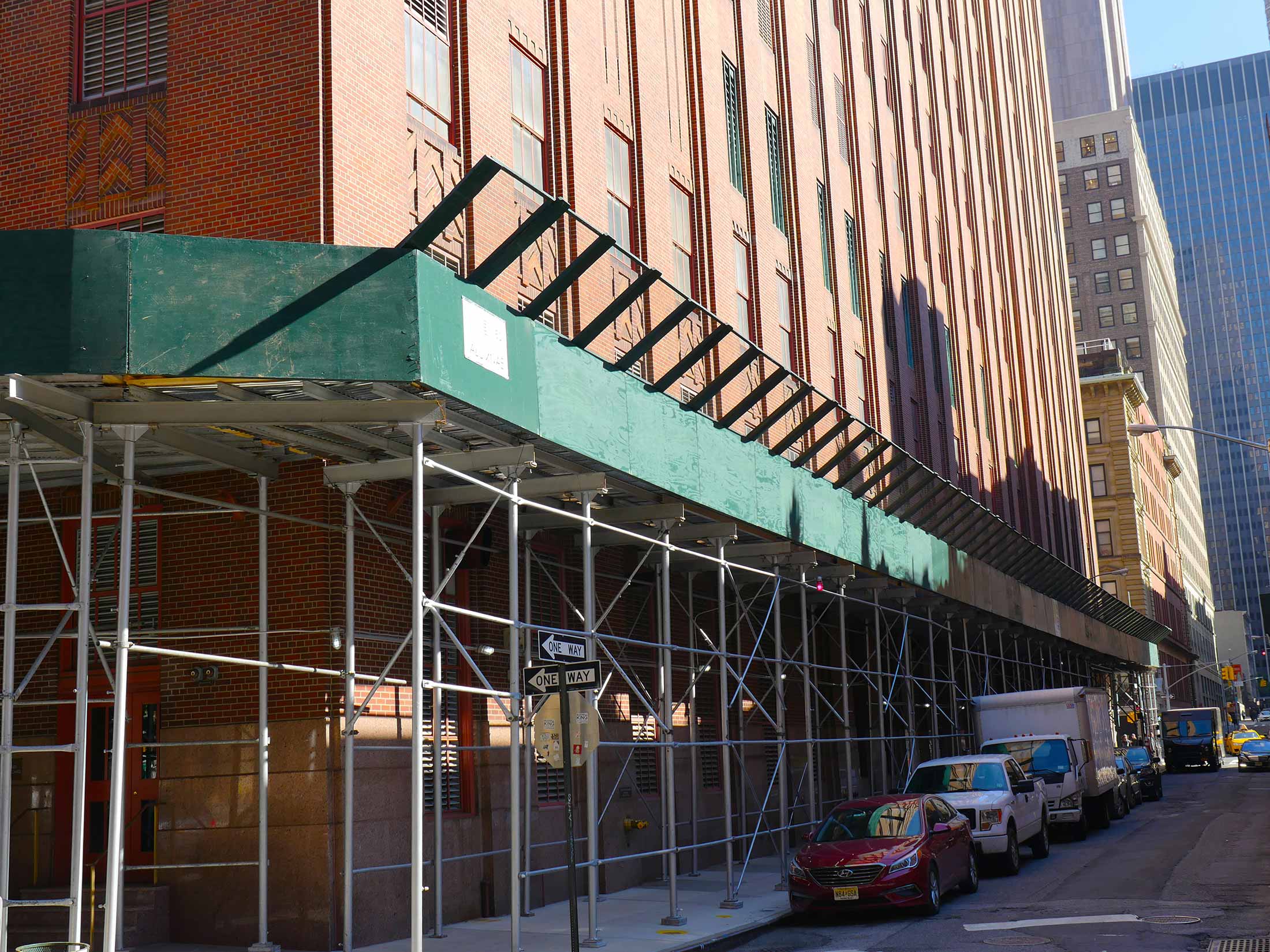 In New York City, sidewalk sheds are deployed for new construction, building alterations, and as part of Local Law 11 Facade Inspection regulations. Local media, politicians, and citizens commonly comment on the negative impacts sheds have on the local community. However, it has not been quantified or empirically measured if sheds actually adversely impact the community. Through considering 311 complaints and NYPD crime data, it is explored if there is evidence to support the claim that sheds have negative impacts on communities. While it is not found that there is conclusive evidence that sidewalk sheds consistently have negative impact communities, improved data sources would likely allow for a more nuanced and concrete answer. To aid in facilitating NYC Department of Buildings work of overseeing sheds and prioritizing what sheds are most in need of attention, complaint and violation data is combined from multiple sources to create a prototype ranking system that highlights sheds that may be problematic or in need of intervention.

For more information visit this link

Elstein, A. (2016) The law that created the billion-dollar scaffold industry has turned city sidewalks into an obstacle course. Crains New York. January 4, 2016. http://www.crainsnewyork.com/article/20160124/REAL_ESTATE/160129960/scaffolds-are-everywhere-in-new-york-city

Kallos, B. (2018) Fight to Get Scaffolding Down Continues in Second Term with Reintroduction by Council Member Ben Kallos. January 30, 2018. BenKallos.com https://benkallos.com/press-release/fight-get-scaffolding-down-continues-second-term-reintroduction-council-member-ben

The Real Deal. (2017) Cure is worse than the disease for sidewalk shed problem, REBNY and city say. November 3, 2017. https://therealdeal.com/2017/11/03/cure-is-worse-than-the-disease-for-sidewalk-shed-problem-rebny-and-city-say/